Updates to Stan's profile since your last visit are highlighted in yellow. 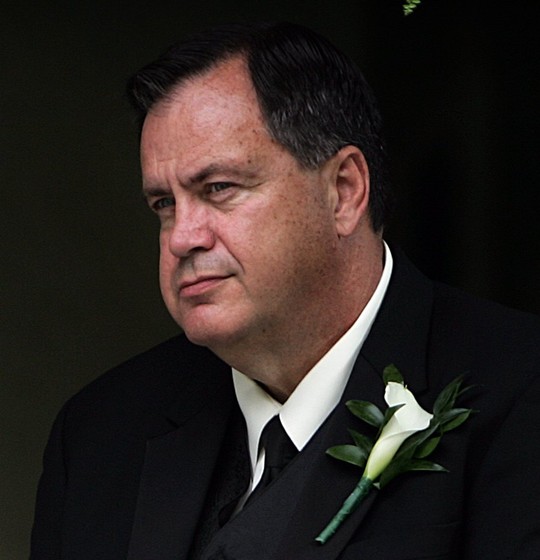 In May of 1972, after two years at Alabama Christian College, I moved to Washington, D.C. to work with the FBI. In October of that same year enlisted in the Army National Guard. After completing my basic and advanced training I decided not to return to DC but instead move to Selma, Alabama.

April 4, 1973, began 21 years of employment in the telephone industry. In the first nine years, I held positions as a Lineman, Installer-Repairman, and a Central Office Technician. A promotion to a management position came my way in September of 1982. The family and I moved to Birmingham.

Over the next ten years, I watched the voice and data networks evolve and witnessed first-hand the emergence of the Internet. Much of this history I saw from my office on the sixth floor of the Data Center in Hoover, Alabama. The historical breakup of AT&T took place right before my eyes in this office and later from an office in the new BellSouth Services building on Highway 280 in Birmingham, Alabama. My department provided Network Marketing support throughout the nine southeastern states of BellSouth after the divestiture of 'Ma Bell'. In 1991 I took a position in Louisville Kentucky and moved the family once more.

Sandra Lloyd Mallory and I had married in May of 1978. With her adorable four-year-old son Ashley Christopher Mallory, we set up 'house' in Montgomery Alabama. In 1979 we were blessed with another son, Seth Paul. Five days before Seth's first birthday, Ms. Meg was born. We finally had our little darling and our family was complete.

When we moved to Louisville, Ashley moved to Montgomery to live with Sandra's parents and attend Automotive trade school. In 1993 Bellsouth offered an early retirement program. I took advantage of this program and entered into a business partnership with Want Ads of Louisville.

The Thrifty Nickel and I created a new national advertising company named Advertising Network. We created a resource for print advertising we labeled "AdNet Classifieds". We were successful from the start and within two years had created a national print advertising business with a network of over 1800 publications. As a part of this business, I developed several small computer systems and software to support the receipt and delivery of the ads to our network of papers. My expertise grew to the point that I was consulting with businesses and individuals on a daily basis.

In the meantime, the internet was eating away at our network of newspapers. The face of advertising was changing to digital media. Classified ads were disappearing every day. Our cash cow was dying.

In 2002 Sandra and I sold the partnership and moved to Nashville, Tennessee, and became the publishers of the local Thrifty Nickel. This time Seth stayed in Louisville. After three years of struggling to get the paper above water, we turned it over to the stockholders in January of 2005. Sandra and I sought other employment and started life anew.

Sandra began a new career with Dollar General Market stores where she is now an Assistant Manager. The wages are not the best, however, the insurance is great and the matching 401K is still in place. In 2009 the Dollar General Market is actually growing its business segment and gaining market share. Sandra is happy.

In 2005 I applied at over 150 different companies. The impact of being over 50, out of work, some college male was quite a shock. We were living off of our savings and the success we had at Advertising Network. By May of 2005 our savings were drawing down and something had to change.

The computer repair and software business just did not allow enough margins for the small business person to survive. Old Stan got into the local courier business. From June of 2005 until August of 2007 life was eventful in this cutthroat industry. I was driving 16 hours a day, six days a week as an independent contractor.

Eventually, I landed a contract for six evenings a week delivering pharmaceuticals to Nursing homes throughout middle Tennessee. This was a very enjoyable job with lots of people with new faces and new friends every day. It was also sad at times as my new friends would pass on from this life. It was a constant reminder of who and what was really important in my life.

May 5, 2006, my doctor asked me to see a Cardiologists for my chest pains. The cardiologist immediately scheduled me for quadruple bypass surgery to repair seven blocked areas in my arteries. The operation was a success and of course a life-changing event.

Out of work for three months and armed with a new plan for living a healthy life I still needed to put food on the table. So, in July I returned to the nursing home routes and began applying for a new career. By Christmas, funds were very low.

Keeping the courier routes in the evenings, I took on other jobs during the day. However, none were providing a future. That is when I met Crown Charlie at Crown Ford in Nashville. On August 16, 2007, I became a "car salesman". All my life I had been very leery of "Car Salesmen". Crown Ford had a different approach to the sales process that put the customer first.

To be successful I had to work from daylight to dark six and seven days a week. During that first month, my attitude toward all sales professionals changed. Stop and think about it. Nothing in this country moves if a salesperson does not sell it. The life of a salesman is not easy nor is it comfortable. I worked day and night and learned every piece of Ford product knowledge I could.

In May of 2008, Crown Charlie moved me into the Commercial Accounts Manager position. You may know this as the Fleet Manager. Now I had to learn everything about building all of those work trucks you see on the road every day.

In September 2012, my doctor and I decided the stress with Crown Charlie was not the best environment for my health. Leaving the new car sales business was not hard. Trying to get a job after it is almost impossible because of precluding opinions of the car salesman. Most opinions are that they are one notch above bill collectors.

October 2012, I began supporting small businesses with mundane tasks such as visits to the post office, the banks, county clerks offices, and customer service letters and emails along with Internet Web Services support. The jobs are easy and enjoyable and pleasing to all involved. Most of the pay is fee-based or a per job estimate. It's okay money but more than the money I am happy and doing something productive that helps others.

July 10, 2016: Whoops! 6:15a.m. Terrible pains in the back of my arms. Pressure all over my back. Yep! Heart Attack. Resulting from a bypass graph that had closed up. The emergency room and four days in the hospital got me a stent in the originally blocked artery at the back of my heart. Ain't technology grand? Doc says to take it easy for three months and find something to do rather than driving all day. Will do!

August 3, 2016: 6:15 a.m. again! Whoops! I can hardly stand up. Very dizzy. Set on the throne for morning business and nearly pass out. Got off the throne and made two more visits in five minutes! Shocking darkness in the bowl of the throne. Sandra shoulders me into the car and it's back to the ER! My condition was a GI Bleed as a result of a new anticoagulant to help heal over the stent placed in July. Never heard of a GI Bleed and hope I never experience one again.

Labor Day through New Years Day is a time of healing and more lifestyle changes. Now I am developing my skills as a dietician and have become the neighborhood "Smoothie King"! Yes! Those delicious fruit and vegetable drinks that look and taste like your favorite shakes. No longer eat granulated sugar or processed flour. Eat lots of kale, spinach, avocados, and all measures of fresh fruits and spinach.

Sandra and I are thankful to see the new year 2017. We are still looking for that special mountain, lake, or river home. We'll let you know how 2017 turns out.

Tell us where you are and how you are doing.