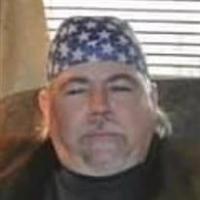 Mr. Michael "Mike" Alan Dozier age 57, a resident of Montgomery, Alabama passed away on Sunday, May 16, 2021, at a local hospital.

A private memorial service will be held at a later date.

Mr. Dozier was a plumber.

He was preceded in death by his parents James Reginald Dozier and Robbie Jane Henley Dozier and brother Donald Andrew Dozier.

In lieu of flowers, memorials may be made to: