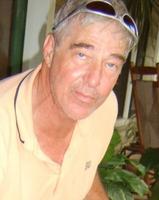 Jack Thomas Mullins, Jr., age 75, of Robertsdale, Alabama passed away while a patient at South Baldwin Regional Hospital in Foley, Alabama during the early morning hours of Saturday, March 20, 2021.

Like his father, Jack was a proud member of the United States Marine Corps and served overseas and at Guantanamo Bay, Cuba. After his military service, Jack returned home to Montgomery and started his university education at Huntingdon College where he graduated with a degree in Finance and Accounting.

A few years later he enrolled in law school at Emory University in Atlanta, Georgia, and soon graduated with a degree in law. He spent his professional career as a commercial banker, first in Atlanta followed by assignments in San Francisco and Los Angeles. He retired from the industry in 2005 and relocated to Silverhill and Robertsdale in Baldwin County, Alabama where he spent his retirement years enjoying the company of his family and his dogs.