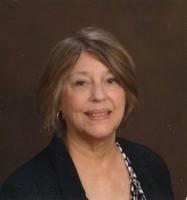 Mrs. Leita Lampkin, 75, of Hoover, AL passed away on November 11, 2021. Leita was born in Troy, AL on August 24, 1946, but grew up in Evergreen, AL, before moving to Montgomery, AL. She graduated from Sidney Lanier Senior High School in 1964. During this time, she met the love of her life, Leonard, and followed him to the University of Alabama.

Upon her husband's graduation, Leita and Leonard embarked on an Air Force career for the next 12 years, traveling around the world. Two beautiful sons, Eric and Lee, were raised on this journey. After the Air Force, Leonard, Leita, and their sons spent 10 years in State College, PA, where Leonard was employed by a Defense Contractor. They returned to Hoover, Alabama, where Leita began working as a Sales Associate for J.C. Penney and was eventually promoted to Department Supervisor where she worked until retirement.

Leita is preceded in death by her parents, Jack and Wilma Kinzer; and her sons, Eric and Lee Lampkin. She is survived by her loving husband, Leonard Lampkin; brother-in-law and wife, Keith and Susan Lampkin; sister-in-law and husband, Lori and Randy Long; first cousins, Rusty Whatley, Skipper Swanson, Larry Whatley, and spouses; and nephews, Travis Long, Lucas Lampkin, and spouses. A Family Gathering will be held on Thursday, November 18, 2021, from 2:00 pm to 4:00 pm at Currie-Jefferson Funeral Home in Hoover, Alabama. Inurnment will be held at Alabama National Cemetery in Montevallo, Alabama at a later date.

Published by The Birmingham News from November 13 to November 14, 2021.