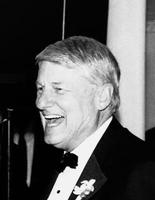 George B Clements, a long-time brokerage executive, prominent civic leader, and decorated combat officer in the Vietnam War died peacefully at home in Montgomery, Alabama, on July 18 at the age of 77.

His death came just ten days after the passing of his wife of 55 years, Gail Summerlin Clements.

Though he spent most of his life in Montgomery, George was born in Columbia, South Carolina, on March 5, 1944, to Mrs. Elizabeth Bunch and Mr. Augustus Kirby Clements.

George was a graduate of Lanier High School and Auburn University, where he was a member of the Sigma Alpha Epsilon social fraternity.

George proudly served in the US Army during the Vietnam conflict in combat as a First Lieutenant in Field Artillery. He was awarded the Bronze Star for bravery, among other accolades.

George started the first Robinson Humphrey office in the state of Alabama. He spent over 50 years with the firm transitioning through successor firms retiring as a Senior Vice President and Wealth Manager at Morgan Stanley. He was the branch manager in Montgomery for 34 years and has focused the last 14 years working with his clients as a financial advisor. As a branch manager, he also served as a member of Robinson Humphrey's Board of Directors.

In his younger years, when not in the office, George could be found playing racquetball, tennis, golf, or reading on his porch, where he loved to smoke a cigar and drink a cold beer. In addition, George had a deep love for inshore fishing along the gulf coast and at his pond, where he spent many hours.

George served as president of:

In addition, he served on the board of the:

He was also a lifelong member of Trinity Presbyterian Church.

George Clements is remembered by all who knew him, including his children and their friends who grew up around him, as a true southern character - a man of great charm and wit who expressed himself with clever colloquialisms in the richest of southern accents.

In lieu of flowers, the family suggests Memorials to: