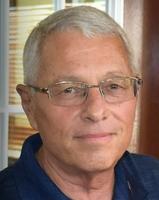 Charles Brian Bodine, 72 of Summerdale, Alabama, and a longtime former resident of Orange Beach, Alabama, passed away peacefully at his home on Thursday, September 24, 2020, after a long and courageous fight with cancer.

He was preceded in death by his parents William C Bodine and Frances C Bodine of Montgomery, Alabama, and his brother Dennis Bodine of Dadeville, Alabama.

Brian cared deeply about family and his dedication to public service. He retired as a Lieutenant after 15 years of service from the Montgomery Police Dept. After his retirement, he served as Director of Public Service for the City of Orange Beach; served 10 years with the State of Alabama Criminal Justice Information Agency, and finally as the President of Coastal Security Agency in Orange Beach.

He will be deeply missed by family, his friends, and all his Law Enforcement brothers and sisters and all those he touched in his life.

Services will be held Wednesday, September 30, 2020, at 11:00 a.m. at The Island Church, 25550 Canal Rd, Orange Beach AL. Facemask and Social Distancing guidelines will be followed.

In lieu of flowers, the family requests that donations be made to the National Law Enforcement Officers Fund.