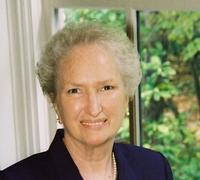 While studying at Birmingham Southern a friend arranged a blind date which led to Sally marrying the man who became the love of her life. Sally and Henry Downing Potter, Jr. married on June 7, 1968, which would have been 51 years ago on Friday. They moved to North Carolina after graduation where Sally attended Duke University and acquired her teaching certificate. She taught English and Literature at Orange County High School in Hillsboro, North Carolina.

The family moved back to Alabama in 1975 where Sally and Downing worked in the Endocrinology Department at the University of Alabama at Birmingham (UAB). She retired in 2008 after 20 years at UAB.

She is survived by her loving and devoted husband, Henry Downing Potter, Jr., who has been faithfully by her side every day since they were married. Sally is also survived by her brother, John Robertson (Katie); sons, Larry and John Potter, and daughter, Mary Cummings (Trey). Her pride and joy were her five grandchildren: Kinsley and Marian Cummings; Serabeth, John Bagley and Colt Potter.

The family wishes to thank the Cardiovascular Intensive Care Unit at St. Vincent's East for their extraordinary care - especially Marianne, Elizabeth, Sarah, Jamie, Debbie and the many doctors who cared for her.