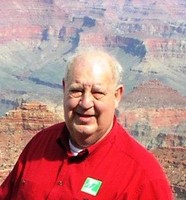 Memorial service for Robert E. Stephens, 72, of Decatur will be Saturday, April 18, 2009, at 10 a.m. at St. Andrew Presbyterian Church with the Rev. Dr. John Bush and the Rev. Steven Arndt officiating and Roselawn Funeral Home directing.  Burial will follow at 3 p.m. at Spring Creek Cumberland Presbyterian Church Cemetery in Montevallo, Alabama. Visitation will be tonight from 6 to 8 at the funeral home.

Mr. Stephens, who died Tuesday, April 14, 2009, at his residence, was born Feb. 25, 1937, in Montgomery to Sidney and Dorothy Bach Stephens. He graduated from The University of Alabama and retired as a music instructor at Calhoun Community College. He was a member of St. Andrew Presbyterian Church where he was an elder and former choir director.

Memorials may be made to:

-- This obituary was originally published in the Decatur Daily.