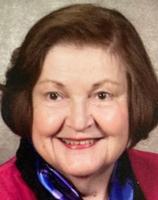 Phyllis Jones Springen, 87, of Montrose, Alabama transitioned to heaven on August 10, 2020. She was preceded in death by her beloved husband, Dr. Donald K. Springen; her parents, Bibb G. and Helen M. Jones; and brother, Rodney B. Jones.

Phyllis Springen was a prolific artist. After graduating from Sidney Lanier High School in Montgomery she attended the University of Montevallo earning the degrees of BA and BFA. She attained her MA in Art at the University of Iowa.

In addition, she spent many years at the Art Students League in New York City. Her works have been shown in numerous locations including juried entries at the Lincoln Center, and the Heckscher Museum among others in New York City, also, the Magazine Gallery in New Orleans, and in Washington D.C. She has also had exhibitions, one-artist shows, and juried events in Montgomery, Mobile, and Fairhope.

Phyllis and her husband were in China during the Tiananmen Square Massacre, which affected many of their students. Her strongest piece was a triptych entitled "The Death of Liberty" that commemorated this event.

A special thank you to Tina Wilkes for her many years of service.

Funeral services will be held at a later date.

Memorials may be sent in her memory to: